Beginning in 2014, Winston's Wishes worked with local non-profits for 3 years to raise much-needed funds & awareness for homeless dogs. Despite not having a facility, they consistently received pleas to help dogs who were in need of extra assistance. Many of these were for dogs who were not doing well in the shelter environment and had become shut-down. Deciding they could and had to do more, Jake and Caitie started fundraising in 2017 as a 501(c)(3) nonprofit organization with the goal of building a brick and mortar sanctuary, along with a network of foster homes.

What started as a dream has now become a reality — we have officially finished our 5+ acre sanctuary that boasts a nearly 11,000 sq. ft. play yard and 4 “Doggie Condos,” equipped with large windows overlooking the countryside, dimming lights, sound eliminating panels, and cameras so we can keep an eye on the pups even when we’re not there. When a new dog becomes a member of the Winston’s Wishes family, they get to decompress at our Sanctuary before heading to their new home, be it foster or forever. 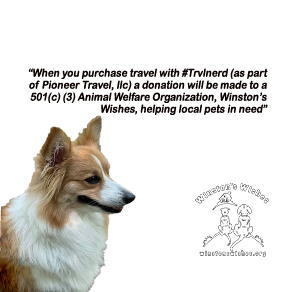